All posts tagged with fake

THE ORIGIN OF FAKE NEWS – AND ITS ULTIMATE SOLUTION

One of my favourite all time lines from a Christian writer goes like this:

“God is not the kind of person the devil has made Him out to be...”

It's an old line that seems ever more relevant these days, particularly when we think about 'fake news'.  Could it be that the very first fake news there ever was, originated in heaven between God and Satan?

The bible tells the story – “There was war in heaven” (Revelation 12:17). It seems that all was well in heaven until one day the Devil decided that he wanted power. To get that power he started spreading lies among the angels that God cannot be trusted, a dictator, controlling, my way or no-way type of being. Because one of the characterises of God is His patience, this war went on for quite a time, until God said enough is enough. The result was the devil being thrown from heaven to earth, and all his evil angels with him (Revelation 12:4).

Caught up in the conflict, the angels of heaven had to determine who was telling the truth – God or the Devil? Revelation 12 seems to suggest that one third of all the angels believed Satan. That’s an incredible number when you think about it! Why did they not believe the truth about God? Why were they so willing to believe the Devil’s perspective? Why would they believe such ‘fake news’?

The meaning of the word faith means “Trust”. Who do you trust? It is a most critical question? Everyday we are sent thousands of messages from people and organisations inviting us to trust them. Politicians, supermarkets, insurance companies, and car manufacturers (to mention just a few), want us to know that their product is the best. But it goes deeper than that. They can share that their product is the best, but our response can be ‘so what’? So instead, they create a need. We need to shop at Tesco because – “Every little helps”. I can trust AVIVA insurance because it is in the business of, “Taking Care of What’s Important”. I need a BMW car because it is, “The Ultimate Driving Machine”. But products can often disappoint, politicians fail, insurance policies find ‘get out’ clauses in the small print. This can leave us disappointed, cheated even.

In this world where trust is so often broken, I’d like to suggest that Holy Scripture is still by far the most reliable source of advice and wisdom for life we can ever get. Far from being a textbook of ancient rules, it is instead a living record of what God is really like. From cover to cover, it breathes life which increases trust. There’s no cover up, no mis-leading of the reader, and certainly no fake news! Revealed instead is a picture of God who has gone out of his way to make sure that every person in all creation has opportunity to know who He is really is. To deal with the very first lie ever told about Him, he decided that the only way to demolish it was to come down in person to earth – in the form of Jesus Christ, and show us what He is really like, even to the Cross, to save us from ourselves, and perhaps the ultimate solution to fake news!

The full quotation from A. Graham Maxwell in his book ‘Can God Be Trusted’.

"The good news (the Gospel) is that God is not the kind of person Satan has made Him out to be... Since the great controversy began, it has been Satan's studied purpose to persuade angels and men that God is not worthy of their faith and love. He has pictured the Creator as a harsh, demanding tyrant who lays arbitrary requirements upon His people just to show His authority and test their willingness to obey... (But) instead of destroying or resorting to force, God simply took His case into court. In order to prove the rightness of His cause, to demonstrate that His way of governing the universe was the best for all concerned, God humbly submitted His own character to the investigation and judgment of His creatures... The good news is that God has won His case. Though all of us should let Him down, God cannot lose His case. He has already won! The universe has conceded that the evidence is on His side, that the devil has lied in his charges against God."[35] 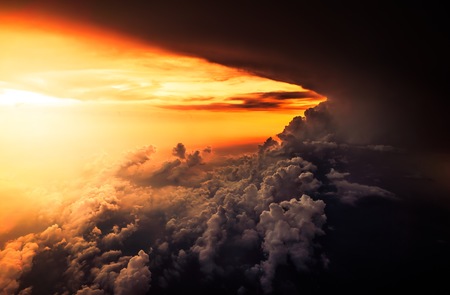